High Plume Dilution Fans have been around since 1986.  They were developed by Strobic Air for an application at the IBM plant in Fishkill, NY.   The facilities engineers at IBM wanted a fan that 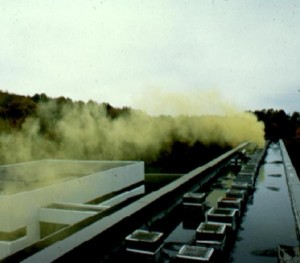 would get process exhaust fumes up and away from the roof.  They wanted to make the roof a safe environment to work on.  At the same time they wanted a fan that would require a minimum amount of maintenance. 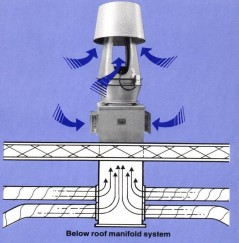 Increased stack velocities allow the fan to entrain outside air (up to 170% by volume).  Process air and entrained air combine to produce a substantially diluted exhaust stream, and a safe work environment (without tall stacks).

Here are some of the key features that were included in the first high plume dilution fan.