We are using significantly more and more direct drive fans these days.  Annexair,  a leader Energy-Efficient Air Handling Systems, standardizes on direct drive fans for all their units.  They are more efficient, quieter, require less maintenance and last longer (see – 4Reasons Why we choose Direct Drive Fans).  The efficiencies of these fans were a major question in the past which made them less attractive.  That’s changed.

Look at the Direct Drive Plenum Fans manufactured by Ziehl Abegg; a German company that manufactures direct drive plenum fans with the highest efficiency and lowest sound levels in the industry.

Energy savings with their fan is typically 5 – 15 % higher because of the large back plate and formed, special fan blade inlet (see below).  The large back plate is a simple, yet patented feature that acts to reduce the discharge velocity of air off the blades.  The technology is similar to “Winglets” that we now see on aircraft. 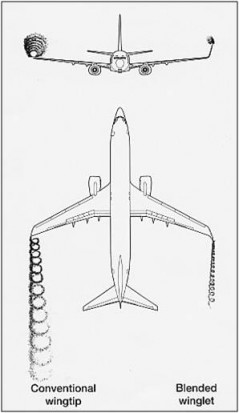 In terms of a Ziehl-Abegg plenum fan, the lower velocity air stream leaving the impeller serves to reduce 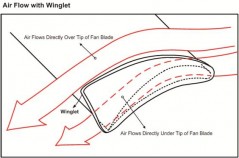 turbulence inside the AHU. This in turn reduces both velocity pressure (wasted energy) and noise.  Pressurizing the plenum equally with low velocity air gives designers the flexibility to discharge in any direction they choose. You can’t do that with a scroll fan with the same simplicity as a plenum fan.

Equally important is the benefit of a compact, direct drive motor and impeller combination.  A good solution such as this gets around the huge efficiency losses and ongoing maintenance costs of a belt drive system.  There are additional Energy Savings of 5% because there are no belts involved. 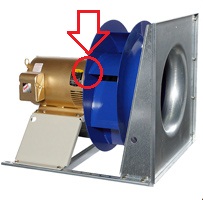 Note that the fan blade does not extend to the edge of the back plate.

Materials for this post were provided by Michael Fulton from Western Mechanical Solutions.