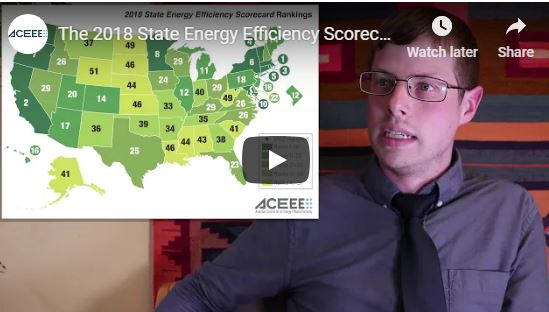 As the US government loosens environmental rules, states are investing more in energy efficiency and delivering increased power savings, according to the 2018 State Energy Efficiency Scorecard. This 12th annual report from the American Council for an Energy-Efficient Economy (ACEEE), identifies the leaders and once again, Massachusetts came out on top.

The scorecard offers mostly good news about energy efficiency — the nation’s third-largest electricity resource. In response to federal efforts to freeze US vehicle and appliance standards, quite a few states worked to retain their own standards and to promote zero-energy buildings. Many states unveiled plans to boost investments in efficiency and clean energy, often driven by concerns about climate change.

The scorecard, which ranks states based on 32 metrics in six areas, had these key findings:.

Massachusetts’ Governor Charlie Baker said: “We are proud Massachusetts leads the nation in energy efficiency for the eighth year in a row, and we will continue to adopt and pursue measures that deliver billions of dollars in savings to our residents and businesses each year. Massachusetts remains committed to leveraging energy efficiency and clean energy to meet climate goals, reduce costs and grow the Commonwealth’s economy.”